Anakin and Ahsoka are on Ryloth and have to clear the way for the Clone troopers by fighting through various amounts of droids.

Meanwhile, the Juma 9 station is under attack so Obi-Wan, Plo Koon, Commander Cody and Switch must stop it. While going to the comms room, Obi-Wan and Plo find a Skakoan scientist there. They follow him, and he reveals himself to be Kul Teska. After a battle, he escapes but Obi-Wan and Plo get trapped.
Since Anakin has lost contact with Obi-Wan and Plo Koon, Jedi Masters Mace Windu and Kit Fisto (as well as Commander Ponds), arrive to rescue the trapped pair.
On Alzoc III, Aayla Secura, Luminara Unduli, Commander Bly and Commander Gree try to solve the puzzle of floating debris of a CIS ship. They discover it was destroyed by a mysterious weapon and alert the others right away. Eventually the two end up facing Dark Jedi Asajj Ventress which was dispatched by Dooku to get rid of any witnesses.
Back on Ryloth, Captain Rex and Boomer are captured by Cad Bane and told to load a Separatist Superweapon (which caused the floating debris on Alzoc III) aboard his ship, but the droids want it back. So the two clones have to stop them. Anakin and Ahsoka then come in to save the two clones but then they also have to stop the droids, too. Eventually, the five get out of the cave and Rex and Boomer decide to destroy all of the droids, leaving time for Anakin, Ahsoka, and Bane to get to his ship. When they arrive in the junkyard, they find Kul Teska.
Teska escapes so Ahsoka and Anakin contact Obi-Wan and Plo Koon only to find that Aayla, Luminara and Yoda contacted them as well. They all find out that Padmé Amidala has been captured by Teska, on Behpour, who has been planning with Dooku to destroy the Naboo Star System with the superweapon. Anakin, Obi-Wan, Ahsoka, and Mace Windu go to destroy the superweapon. In the assault, Anakin and Obi-Wan sneaked into the facility to deactivate the Deflector shield generator, while Ahsoka and Mace Windu led the charge into the facility. After a fierce assault, Obi-Wan and Windu found Count Dooku and eventually defeat him. Anakin and Ahsoka, on the other hand, fought Teska and barely escaped the facility with the rescued Senator Amidala on two Single Trooper Aerial Platforms. 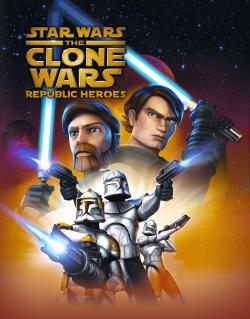 Star Wars: Episode I Jedi Power Battles was a console game published for use with the Sony PlayStation and Sega Dreamcast in April of 2000. It inserted players into events in and during Star Wars:...
Watch now
Star Wars: Battlefront III

Here is game movie with cutscenes from LEGO Star Wars The New Yoda Chronicles a mobile video game released on September 4, 2014 on iOS devices and the LEGO.com website. It ties into The New Yoda...
Watch now