In 1996, to promote the release of the project, Lucasfilm released a trailer showing clips from The Empire Strikes Back and Return of the Jedi. A voiceover was provided that explained the events of the new story and how they connected with the two films. The trailer was meant to give the project the feel of an actual film and film release. The trailer, which was originally broadcast on QVC, was also shown several times at fan conventions, including the 1996 Wondercon convention, each time by the head of Lucasfilm fan relations, Steve Sansweet. However, Lucasfilm quickly pulled the trailer, fearing that people might think the project was actually a film. Since the pull of the trailer, many fans searching for it to view have found the trailer extremely difficult to locate, even on the internet.  Now you can view the trailer here: https://www.youtube.com/watch?v=r4bAlPsKuPg

Star Wars: Shadows of the Empire is a multimedia project created by Lucasfilm Ltd. in 1996. The original idea was to create a story set between the films The Empire Strikes Back and Return of the Jedi (a time no Star Wars novel had explored before), and to explore all commercial possibilities of a full motion picture release, without actually making the film. The venture paved the way for the theatrical release of the Star Wars Trilogy: Special Edition in the following year, and the later releases of the prequel trilogy.

The game is divided in four parts (or chapters). The first chapter takes place during the beginning of The Empire Strikes Back. Dash Rendar is trapped on Hoth when the Imperial forces attack. As the player, you have to pilot a snowspeeder in the Battle of Hoth destroying AT-ATs, AT-STs and Imperial probes. Then you must fight your way through Echo Base back to your ship the Outrider. After escaping Hoth you must fight your way through the Hoth asteroid field and the several waves of TIE Fighters before escaping into hyperspace.

In the second chapter, Dash tracks down some of the bounty hunters that had been dispatched to capture Han Solo. Fighting his way through several trains and finally confronting IG-88 on Ord Mantell and assaulting Imperial outposts throughout canyons, on  Gall to finally find and attack Boba Fett.

In the third chapter, Boba Fett has escaped and the player's mission changes: you must now protect Luke Skywalker from an assassination attempt ordered by the Black Sun's Prince Xizor, by fighting a deadly gang of swoop bikers through Mos Eisley and Beggar's Canyon. Dash then recovers Imperial secret plans of the second Death Star, that are being carried aboard the freighter Suprosa.

Finally, in the last chapter, Dash, along with Luke and Lando Calrissian, travels to Imperial Center to rescue Princess Leia from Prince Xizor's stronghold by infiltrating Xizor's palace through the sewers below Imperial City, fighting their way through the castle and eventually engaging in a space battle above the planet. The game's greatest surprise comes at the end, when Dash flies within Xizor's space station to destroy it. In the game the player is led to believe that Rendar perishes in the blast, with a secret ending on harder difficulties revealing he secretly survived; however in the book Rendar does not participate in the stations destruction, remaining outside in his ship with the rest of the fleet. 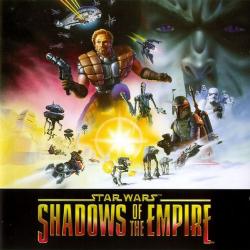 Here is cinematic trailer and TV commercial from Club Penguin Star Wars Takeover, a game released in summer 2013 on ClubPenguin.com, with StarWars.com posting an official cinematic trailer on their...
Watch now